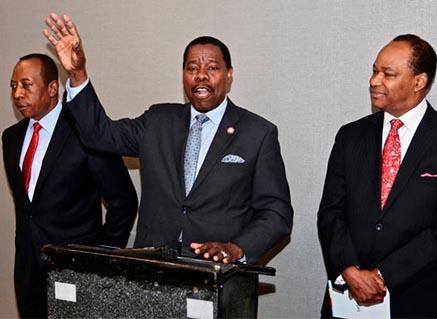 A new health center in diverse Prospect-Lefferts Gardens has staffers who speak Haitian Creole and Spanish — along with color-coded signs translated into those tongues as well as English — to help staying healthy easier on to the large immigrant population there.

“The fact that many area families are immigrants with health plans that are not widely accepted has caused many to only go to emergency rooms or urgent care centers when they are ill or have a medical need,” said Dr. Lesly Kernisant the top doctor at the new LaSante Health Center on Parkside Avenue between Bedford and Rogers avenues, which opened on May 5. “LaSante believes that these factors should never discourage people from developing close relationships with expert doctors. LaSante has chosen experienced doctors and medical staff that are immigrants themselves or come from immigrant families.”

Last week’s event featured free health screenings, a mini-concert by the Parkside Prep Academy, jokes by comedian Haitian Vlad, and enthusiastic words of welcome from local politicians and health care professionals. Nearly 100 guests got a first look at the spacious clinic, that will be equipped with 32 exam rooms, nicely-decorated waiting rooms, and state-of-the-art equipment.

“I’m sure that this medical center is going to provide remarkable medical services to my constituen­ts,” said Eugene (D–Brooklyn), a native of Haiti who is also a doctor.